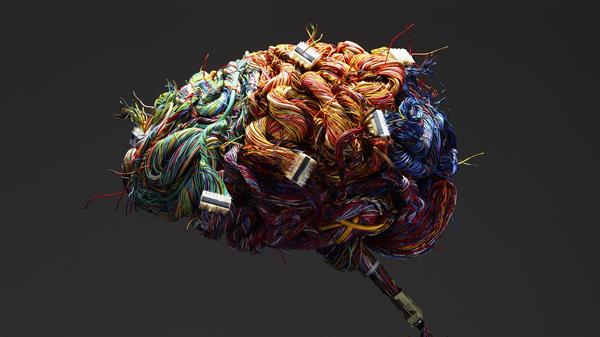 As artificial intelligence becomes less of an ambiguous marketing buzzword and more of a precise ideology, it’s increasingly becoming a challenge to understand all of the AI terms out there. So to kick off the brand new AI Zone, the Editorial Team here at DZone got together to define some of the biggest terms in the world of artificial intelligence for you.

Algorithms: A set of rules or instructions given to an AI, neural network, or other machines to help it learn on its own; classification, clustering, recommendation, and regression are four of the most popular types.

Artificial neural network (ANN): A learning model created to act like a human brain that solves tasks that are too difficult for traditional computer systems to solve.

Autonomic computing: A system’s capacity for adaptive self-management of its own resources for high-level computing functions without user input.

Chatbots: A chat robot (chatbot for short) that is designed to simulate a conversation with human users by communicating through text chats, voice commands, or both. They are a commonly used interface for computer programs that include AI capabilities.

Classification: Classification algorithms let machines assign a category to a data point based on training data.

Cluster analysis: A type of unsupervised learning used for exploratory data analysis to find hidden patterns or grouping in data; clusters are modeled with a measure of similarity defined by metrics such as Euclidean or probabilistic distance.

Cognitive computing: A computerized model that mimics the way the human brain thinks. It involves self-learning through the use of data mining, natural language processing, and pattern recognition.

Data mining: The examination of data sets to discover and mine patterns from that data that can be of further use.

Data science: An interdisciplinary field that combines scientific methods, systems, and processes from statistics, information science, and computer science to provide insight into phenomenon via either structured or unstructured data.

Decision tree: A tree and branch-based model used to map decisions and their possible consequences, similar to a flow chart.

Fluent: A type of condition that can change over time.

Game AI: A form of AI specific to gaming that uses an algorithm to replace randomness. It is a computational behavior used in non-player characters to generate human-like intelligence and reaction-based actions taken by the player.

Genetic algorithm: An evolutionary algorithm based on principles of genetics and natural selection that is used to find optimal or near-optimal solutions to difficult problems that would otherwise take decades to solve.

Heuristic search techniques: Support that narrows down the search for optimal solutions for a problem by eliminating options that are incorrect.

Knowledge engineering: Focuses on building knowledge-based systems, including all of the scientific, technical, and social aspects of it.

Machine learning:  A facet of AI that focuses on algorithms, allowing machines to learn without being programmed and change when exposed to new data.

Machine perception: The ability for a system to receive and interpret data from the outside world similarly to how humans use our senses. This is typically done with attached hardware, though software is also usable.

Natural language processing: The ability for a program to recognize human communication as it is meant to be understood.

Recurrent neural network (RNN): A type of neural network that makes sense of sequential information and recognizes patterns, and creates outputs based on those calculations.

Supervised learning: A type of machine learning in which output datasets train the machine to generate the desired algorithms, like a teacher supervising a student; more common than unsupervised learning.

Swarm behavior: From the perspective of the mathematical modeler, it is an emergent behavior arising from simple rules that are followed by individuals and does not involve any central coordination.