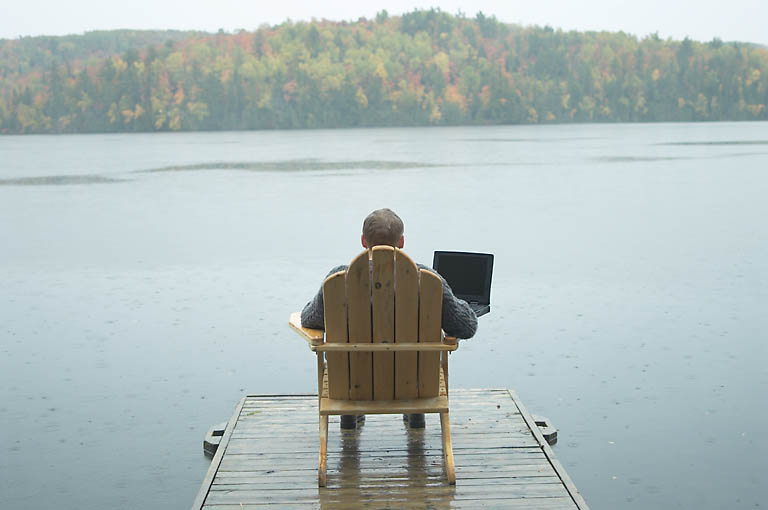 Air Pollution Is Bad for Productivity, Even in Office Jobs

It seems reasonable that breathing in pollution would affect worker productivity, but only recently has the damage been documented.

In a series of studies that match readings from air monitors with the results of workers who are paid for daily piece work, researchers demonstrated that breathing polluted air impedes the ability of workers to pick berries, pack fruit, or even make phone calls from office cubicles.

The biggest impact of air pollution was measured in farm workers in California’s Central Valley, who were paid by the volume of grapes and blueberries they collected. On days that had higher readings of ground-level ozone—a harmful gas formed when tailpipe emissions mix with sunlight—worker productivity slumped. Over the two years they measured the ozone, readings ranged from 10 to 86 parts per billion, and averaged 48 ppb. For every 10 ppb increase in ozone, worker productivity fell 5.5%. For farm workers paid about $9 or $10 an hour, the lost productivity translates into about 45 cents an hour of lower pay, said Matthew Neidell, an economist at Columbia and an author of the studies.

Neidell and his colleagues then moved the study indoors, and looked at how pear packers in a Northern California factory were affected by particulate matter, a pollutant caused by carbon emissions, forest fires, or dust in the air. (While ozone is less present indoors, particulate matter can infiltrate all but the most air-tight buildings.) The impact was less pronounced, but still significant: A 5 microgram per cubic meter increase in particulate matter—a fluctuation that wasn’t uncommon during the study—reduced productivity by 3%, or about 21 cents an hour, for the factory workers.

Finally, the researchers examined how particulate matter affected office workers, looking at call-center workers for a travel agency with offices in Shanghai and Nantong, cities in China with pollution levels comparable to that of large U.S. cities. “We found a similar pattern,” Neidell said. “When pollution went up, their productivity—the number of calls they made—went down.” Because the workers were more sedentary that those packing fruit in factories, the decline in productivity was much smaller, only about 0.3% of change for a roughly 4-5 microgram increase in particulate matter. In an environment where call center workers make about 100 calls a day, the effect was about one less call a day for every four workers.

For individual companies, investing in air filters might improve the productivity of indoor workers enough to pay for the devices and add to the bottom line (not to mention potentially reducing health care costs). But the finding also argue there are clear economic benefits for increasing government air-pollution standards. Using a rough analysis based on the pear factory data, the researchers calculated that the improvements in air quality between 1999 and 2008 saved the U.S. manufacturing industry $20 billion a year in productivity, or 2.6% of the industry’s wage bill. Manufacturing is only 12% of the US economy, and according to the research, gains would be felt across all sectors.

When policy makers consider new pollution standards, there’s usually a predictable divide, with environmentalists and healthcare groups on one side, and industry lining up to oppose them. If tighter regulations can boost profits, the contours of those debate may begin to change.