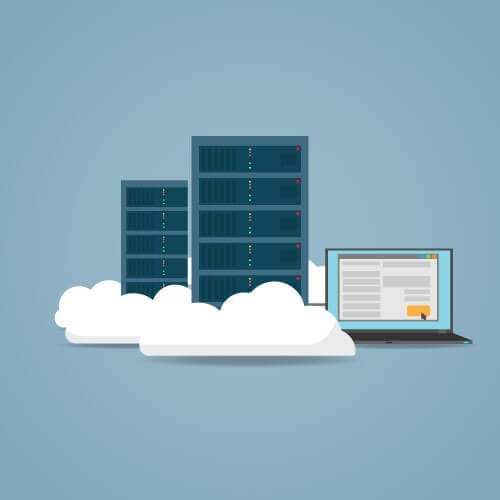 Doing a Cloud Computing and Hybrid IT Reality Check

For at least the last couple of years, IT has been pressured to put everything into the cloud . Whether it’s a new startup operating entirely in the cloud or a large, or an established enterprise trying to migrate, cloud computing has been positioned as the obvious evolution of IT.

Everywhere you turned, someone was calling for the death of on-premises infrastructure. While hybrid deployments have become a larger point of discussion, it’s usually in the context of hybrid cloud—combining the powers of public and private clouds to improve IT.

Now it’s time for a cloud computing reality check. Rather than trying to push our way to an all-cloud future, hybrid IT is becoming the norm.

Hardware Is Making a Comeback

Despite the level of focus on cloud migration, cloud computing only accounts for about 21% of workloads at the moment, according to a Morgan Stanley report. And while that number will grow significantly to 44% by the end of 2021, we have a long way to go before we ever reach an all-cloud world.

On the heels of this finding, Morgan Stanley explains that they expect in-house IT spending will rise in the coming months. IT hardware vendors have been down years recently, seemingly as a result of cloud spending.

However, the reality is that enterprise IT leaders have spent the last couple of years trying to solidify a path to the cloud. With that planning came an increasing understanding that not all workloads belong in the cloud. And that’s why on-premises hardware is poised to make a comeback—to create best-of-both-worlds, hybrid IT environments.

Why Go Hybrid IT?

Thinking about IT in extremes is never a good idea. Even if you want to leverage the benefits of public cloud computing, at heart you understand that it just won’t work in some cases.

And yet, we all know the benefits of cloud computing are undeniable. This push-pull relationship results in a few key challenges that ultimately push hybrid IT forward:

Hybrid IT lets you mix and match your infrastructure to achieve the control of on-premises, the cost-effectiveness of cloud, and the ability to address business demands swiftly. However, IT leaders still have to find a way to weave these different systems together to actually unlock the benefits of hybrid IT.

Know Your Requirements Before You Start

When getting started with a hybrid IT initiative, take a lesson from the battle against shadow IT. In a way, it’s nice that things like SaaS apps can be brought into the IT environment by employees without any specialization. But you know that the more this happens, the more difficult IT operations become. Visibility is essential to IT success.

The same is true when you’re starting down the path of hybrid IT. It’s more than just picking a cloud provider for certain operations and choosing a hardware vendor for others. You need a detailed understanding of which services and applications belong on premises vs. in the cloud as well as a plan for unifying them in the single IT environment.

As you plan for visibility in hybrid IT, make sure monitoring is in the conversation every step of the way. Even if you have a modern on-premises infrastructure and well-planned cloud investments, your IT environment will suffer without the ability to monitor holistically.