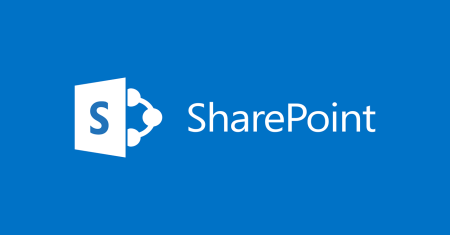 #Microsoft latest release have some very interesting features for your #SharePointOnline tenant that can really help spice up your corporate #intranet without custom code.

Microsoft this week described even more SharePoint Online features that are expected to arrive soon for Office 365 tenants opting to get “targeted release” updates.

The new features include a Site Swap capability for IT pros maintaining SharePoint Online tenancies, plus a few new features for end users, as described in a Tuesday announcement. Additionally, some new Web Parts were described in an August 28 announcement. All of these updates either showed up last month for organizations getting targeted releases, or they’ll be available sometime early this month. A targeted release is a feature update that gets dispensed to Office 365 subscribers before a commercial-release stage.

The Site Swap feature and new Web Parts are arriving on top of other items released in August for SharePoint Online users. For instance, page authoring and content management features also were released last month.

Site Swap Capability
Microsoft’s Tuesday announcement included an interview with Wayne Ewington, a program manager on OneDrive and SharePoint team, which focused on Site Swap. It’s a new PowerShell capability for SharePoint Online users that gets executed using the Invoke-SPOSiteSwap commandlet. Site Swap swaps out an organization’s SharePoint Online root site. It might get used by organizations making the shift to so-called “modern” SharePoint Online pages, for instance. It’ll archive the older swapped pages as part of the process.

In that regard, there’s a particular restriction on using Site Swap. Before executing a swap, “the source or target sites cannot be ‘associated’ with an Office 365 group or be connected to a SharePoint hub site,” Microsoft’s announcement warned. Those dependencies have to be remove first before running the commandlet.

Ewington explained that Site Swap allows SharePoint administrators to swap the location a SharePoint root site with another site via a PowerShell command. Microsoft creates a root site collection for SharePoint Online users (who are known as “tenants”). The root site is the entry point for the SharePoint Online tenant. However, it’s been found that customers have sometimes “followed unrecommended guidance on deleting the root site,” and then later wondered what went wrong. Site Swap is designed ease such matters.

“The Site Swap provides a safe and supported mechanism for replacing the root site with another site,” Ewington explained.

It’s possible that Office 365 tenants might not see Site Swap feature yet because Microsoft has been releasing it to tenants with about 1,000 seats first before broadening the release. That’s a nontraditional release approach, but Microsoft adopted it to gauge how Site Swap might work across high-volume sites, Ewington explained.

New User Features in August
A bunch of other SharePoint Online and OneDrive features that rolled out in August were described in Microsoft’s Tuesday announcement.

OneDrive now has a “Popular Around Me” feature that shows the files that were shared with a particular user. Microsoft also now supports sharing individual slides in PowerPoint Online presentations, which gets done via a pop-up menu generated by right-clicking on a slide’s thumbnail image.

There also were a couple of mobile app Office 365 enhancements mentioned. The Yammer Mobile App in August will have “a new launch experience that takes you right to your feed, not just your groups.” It’ll also support Live Event participation and Q&As. Sometime in the fall, Microsoft expects that Samsung Galaxy devices will be able to sync photos and videos to OneDrive storage, since “OneDrive will be natively integrated into the Samsung Gallery app.”

New Web Parts in August
A few new Web Parts, plus updates to existing ones, were described as coming to targeted release SharePoint Online users as early as last month.

Microsoft also now includes two links and a larger tile for its existing “Hero” Web Part, which is a default page item on Communication Sites. Those same modifications were added for the existing “News” Web Part, too. The second link apparently is there to help users share content via social media.

The existing “Highlighted Content” Web Part, which displays documents by “time or relevance,” can now be customized. It’s possible to use the CAML or KQL query languages for the purpose. Documents can be filtered based on “document types, authors or other custom metadata,” Microsoft’s announcement explained.

Dev Matters
Microsoft also this week talked about using the “recently published” Office 365 Command-Line Interface (CLI) version 2 for SharePoint development, which works across operating systems. CLI is still considered a viable tool over PowerShell at this point for SharePoint development, although there’s still “no right or wrong” on the development tool of choice, according to the talk. The point was mentioned because there are still some PowerShell Core kinks being worked out, apparently.

More details about CLI version 2 are described by Waldek Mastykarz, a Microsoft Most Valuable Professional and a product head at Rencore, in this blog post.

The talk also pointed to a Microsoft announcement last week indicating that new members of the Office 365 Developer Program can sign up for the E5 developer subscription, which is replacing the E3 one. In addition, this E5 subscription includes Enterprise Mobility plus Security (EMS) capabilities. Microsoft is planning to automatically upgrade existing E3 Developer Program subscribers in “coming months.”