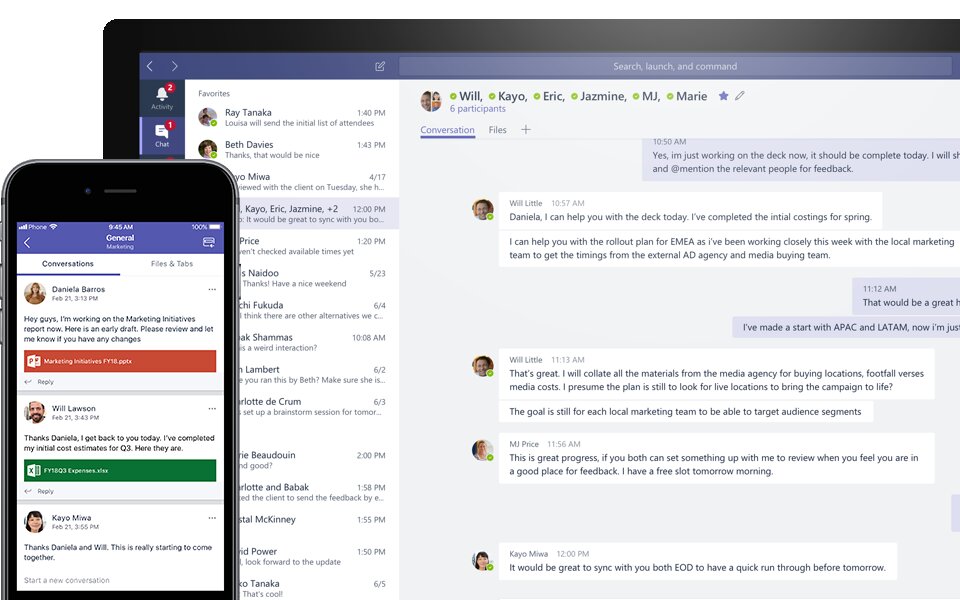 Over 500,000 organizations are using #microsoftteams . 91 out of 100 Fortune 100 companies are leveraging it to help with collaboration. Learn more today about Microsoft Teams and see how it can change your organization ability to collaborate.

Microsoft also announced today that the company itself has moved from Skype for Business to Microsoft Teams. After four months, Microsoft’s internal migration of 180,000 employees and vendors to Microsoft Teams is complete. Microsoft is now using Teams for all chat, calling, and meetings (except in countries that block Teams).

Comparing to the competition

First, let’s talk about that milestone. The half-million figure is up from 329,000 organizations in September and more than double the 200,000 organizations a year ago. That shouldn’t surprise anyone, as Microsoft for months now has called Teams its fastest-growing business app ever. 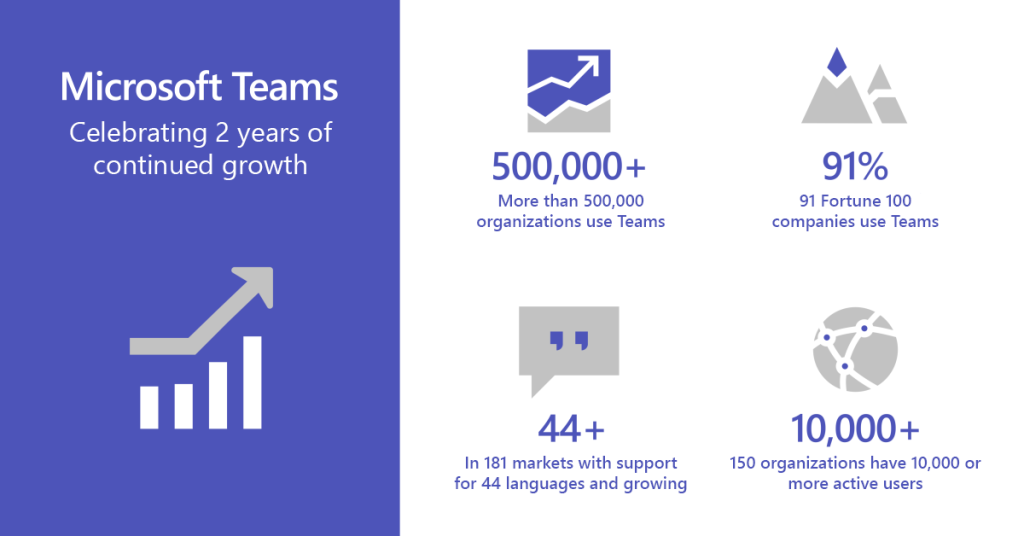 Microsoft has never shared how many individuals are using Teams, its Office 365 chat-based collaboration tool that competes with Google’s Hangouts Chat, Facebook’s Workplace, and Slack. All the company is willing to divulge is that Office 365 had 155 million monthly active business users, as of October 2018.

We can’t make a direct apples-to-apples comparison, but we can guess that Microsoft Teams is bigger than Google’s and Facebook’s offerings, but probably not Slack. If it had more users than Slack, Microsoft would surely share individual numbers.

Google launched Hangouts Chat in February 2018, when 4 million businesses paid for G Suite, and it still hasn’t shared how many organizations use it. Last month, Workplace by Facebook passed 2 million paid users. As of January, Slack had 10 million daily active users. In May 2018, Slack said it had 3 million paid users. 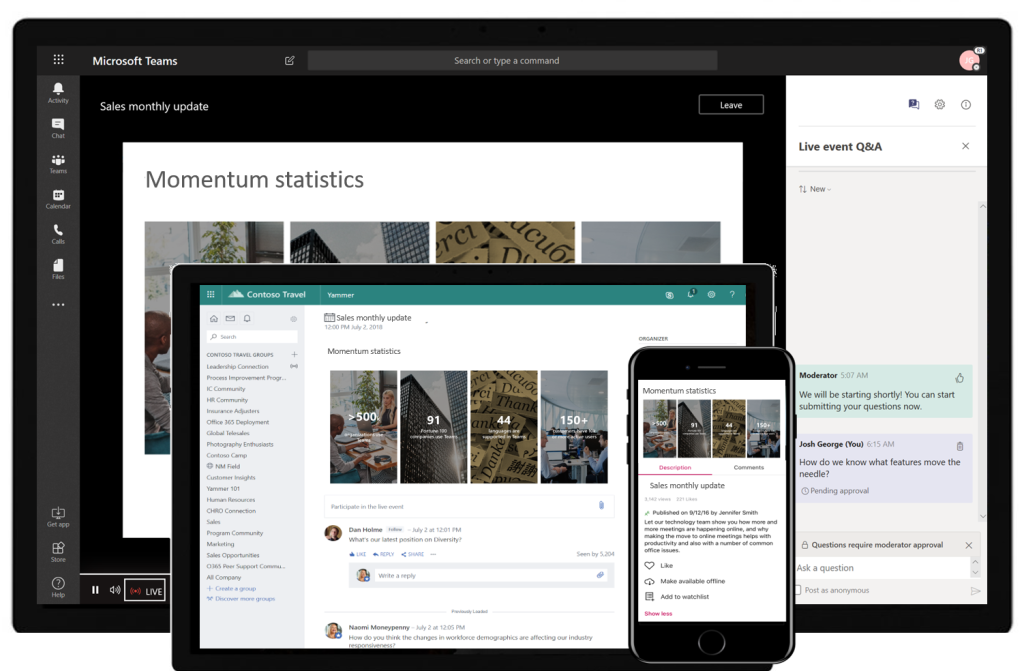 Microsoft Teams is getting these features whenever “soon” is:

Microsoft Teams will get these features later this year: