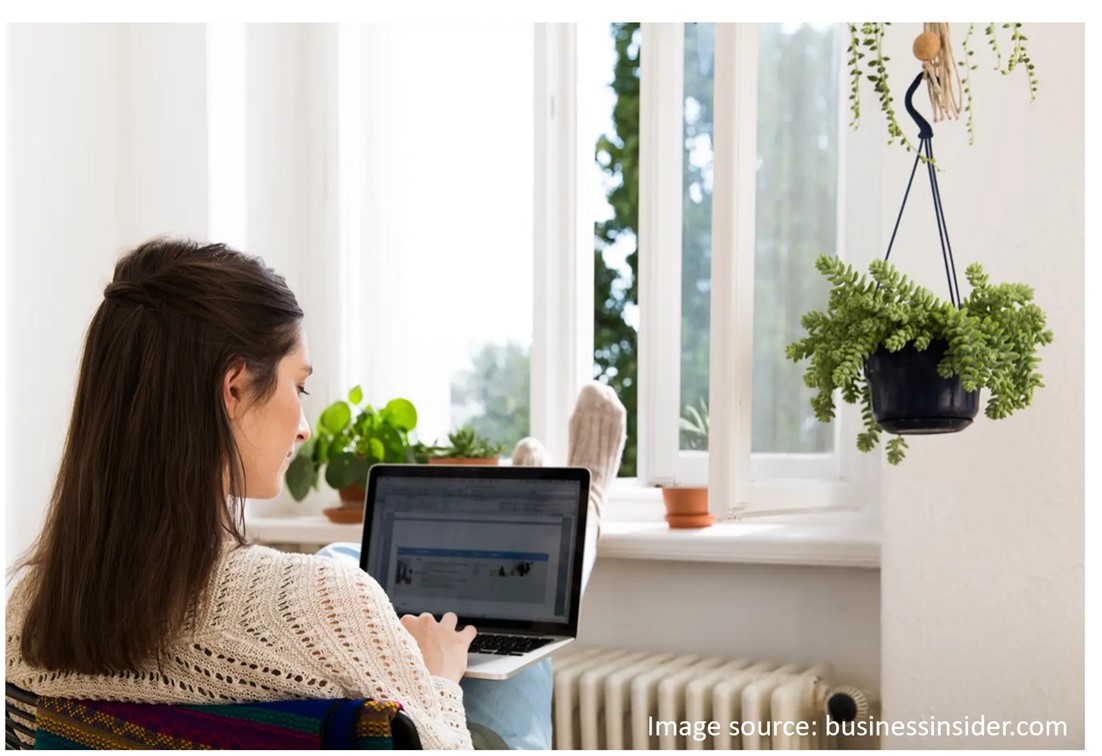 At Sileo Technology Solutions our solutions connect workers and their teams remotely, helping them get more done with less. This is an interesting fact and It may be counter-intuitive but …“Productivity has unexpectedly increased during the pandemic — here’s why”­­­­­­ This article explains the #newwayofworking phenomenon that is here to stay. #workingtogether #newnormal #flexibility #upskilling #humanskillsmatter #futureofwork #workplaceperformance #togetherwecandomore #SileoTechWay https://www.businessinsider.com/why-productivity-has-unexpectedly-increased-during-the-pandemic-2020-9

Productivity has unexpectedly increased during the pandemic — here’s why

One of the most striking responses to the COVID-19 pandemic has been the sudden shift of around half the workforce to working at home.

In many cases, this was combined with an equally sudden shift to homeschooling.

Contrary to what might have been expected, working from home was one part of the pandemic response that went remarkably smoothly. Most kinds of office work continued almost as if nothing had changed.

Discussion of the crisis has mostly worked on the assumption that a return to something like the pre-crisis “normal” is both inevitable and desirable.

But the unplanned experiment we have been forced to undertake suggests we might have stumbled upon a massive opportunity for a microeconomic reform, yielding benefits far greater than those of the hard-fought changes of the late 20th century.

The average worker spends an hour on commuting every work day. Remarkably, this is a figure which has remained more or less stable since Neolithic times, a finding known as Marchetti’s Law. (The same observation has been attributed to Bertrand Russell.)

If working from home eliminated an hour of commuting, without changing time spent on work or reducing production, the result would be equivalent to a 13% increase in productivity (assuming a 38-hour working work).

If half the workforce achieved such a gain, it would be equivalent to a 6.5% increase in productivity for the labour force as a whole.

For a comparison, let’s look at the radical microeconomic reforms of the 1990s, including privatization, deregulation and national competition policy.

In 1995 the main advocate of these reforms, the Productivity Commission, then called the Industry Commission, estimated they would increase national income by 5.5%.

In retrospect, that estimate appears to have been over-optimistic.

Although there was an upsurge in measured productivity growth in the mid-1990s, the total increase relative to the long-term trend was less than 1 percentage point per year above normal. Low productivity growth since then has wound back those gains.

These gains are big, compared to those we sweated on

Even so, those reforms were, and to a large extent still are, widely seen as a crucial contributor to economic prosperity.

So, an improvement of 6.5% would be a huge benefit. It would be enough over a few years to offset the economic costs of the lockdown and many other impacts of the pandemic.

But, as in the case of microeconomic reform, this initial estimate may be misleading. And even if there are real benefits on average, it’s important to ask who will get them and who, if anyone, will lose.

A study by Harvard and New York University economists finds that people working from home spend around 48 minutes more time per day connected to their offices, leaving an average gain in free time of only 12 minutes per day.

It seems likely, however, that at least some of this time is spent on household tasks, especially to the extent that workers had to take on childcare and homeschooling during the lockdown period. And, as well as saving commuting time, workers also save the monetary costs of commuting and at least some of the time spent getting ready for work.

On balance, it seems clear that on average working from home yields net benefits.

However, workers for whom social contacts at work represent a significant “fringe benefit” will lose that benefit, while other workers who value privacy or separating work and social life will gain a benefit.

It’ll be harder for managers…

Similarly, those who rely on chatting to colleagues to develop ideas will lose something relative to those who prefer more systematic approaches to obtaining information relying on electronic contact.

Another group of workers who might lose from remote working are middle managers.

To the extent that management depends on “presenteeism”, that is, physically keeping an eye on workers, remote working presents problems.

Intrusive checking on computer activity is likely to be resisted and evaded. Managers will have to learn to manage by objectively assessing results rather than observing what people do, and to get that evidence accepted further up in the hierarchy.

For employers, the shift to working from home has had little immediate impact. Workers wages haven’t changed and, at least in the short run, neither has spending on office space.

But, in the long run, remote working offers the possibility of much greater flexibility in hiring. Some employers such as Facebook’s Mark Zuckerberg have already floated the idea of paying workers less because they can now live in cheaper locations, setting the stage for future conflict.

For the most part, disputes over sharing the benefits of remote office work will be hashed out between employers, workers, and unions, in the ordinary workings of the labour market.

But what about the other half of the workforce, who don’t have the option of working from home? In particular, what about the mostly low-paid service workers who depend on people coming into offices?

If the productivity gains made possible through remote work are to be shared by the entire community, substantial government action will be needed to make sure it happens.

Most obviously, the higher rate of JobSeeker allowance has helped us get through the pandemic without the upsurge in suicide and other measures of social distress predicted by many. Returning to the poverty-level unemployment benefit (the old Newstart) would be a disaster.

We’ll need to change the way we support workers

The pandemic has shown how whole sectors of the economy, such as aged care, rely on casual workers piecing together multiple jobs, with no access to standard conditions like sick leave. Younger workers in particular suffer from underemployment and difficulties in making the transition to permanent full-time work.

What will be needed is both an expansion of publicly funded employment in a wide range of services, including aged care, and a reversal of trends towards casual and contract employment.

Disastrous though it has been, COVID-19 has taught us a lot about ourselves and about how our economy and society work. If we learn these lessons, we might be able to benefit and mitigate at least some of the harm done by the disaster.